A streetcar is coming to downtown Santa Ana. Will it fast track gentrification? 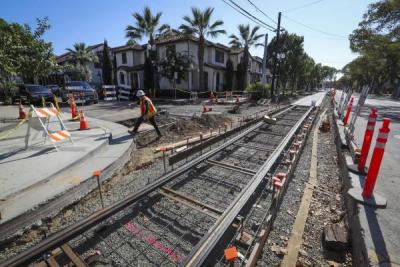 Homeowners in the downtown area, with its tightly packed bungalows and historic charm, also stand to benefit if property values go up.

But some Santa Ana residents fear the streetcar will accelerate changes already underway, forcing longtime Latino-owned businesses out as trendy restaurants and bars sprout up around quinceañera shops.

In the Lacy neighborhood where Rojas lives, many endure overcrowded conditions and pool their paychecks to make ends meet.

Any increase in prices is an existential threat to renters — and, possibly, a threat to Santa Ana’s identity if longtime residents leave the working-class, majority-Latino city and are replaced by a wealthier, whiter population[...]