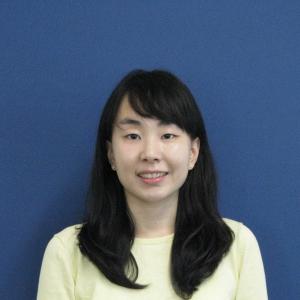 Alternative fuel adoption by heavy-duty vehicle (HDV) fleets can bring substantial benefits to both current local communities and future generations by reducing air pollutants and greenhouse gas emissions. However, the penetration rate of alternative fuel vehicles (AFVs) is still very low in the HDV sector. Revealing HDV fleet operator perspectives towards alternative fuels can serve as the basis for developing effective policies for accelerating the diffusion of these technologies. This dissertation aims to fill a key knowledge gap, where such fleet operator perspectives have rarely been addressed, by exploring alternative fuel adoption behavior of HDV fleets.

To this end, an initial theoretical framework was first developed based upon existing theories and literature to conceptually understand AFV fleet adoption behavior in organizations. This initial framework consists of a five-stage adoption process as well as two levels of sub-frameworks: at the decision-making unit level and the individual (e.g., vehicle drivers) acceptance level.

Next, it was attempted to empirically improve the initial framework by investigating 20 organizations operating HDVs in the State of California via in-depth qualitative interviews and project reports. A total of 29 adoption and 42 non-adoption cases were probed across various alternative fuel technologies, including natural gas, propane, electricity, hydrogen, biodiesel, and renewable diesel options. The qualitative data was analyzed using content and thematic analyses, by which numerous themes and hypotheses were developed to build a theory explaining heavy-duty AFV fleet adoption behavior.

Based on these qualitative inferences, this dissertation proposes a conceptual modelling framework for estimating demand of heavy-duty AFVs under different policies and technology advancement scenarios. An overall structure along with specific modules and components for this framework are presented. As an ongoing work, a stated preference choice experiment was designed to quantitatively operationalize one of the modules, which intends to estimate AFV choice probabilities. As a case study with California drayage fleets, a feasibility of this modelling is being examined by interviewing drayage fleet operators.

Finally, the research findings contribute theoretically and empirically to a better understanding of the demand-side aspects of AFV adoption by HDV fleet operators, particularly in California and in the other US states that follow California’s environmental policies.